Caroline Helton, soprano, joined the voice faculty at the University of Michigan School of Music in the fall of 2000, after having completed her docto

Caroline Helton, soprano, joined the voice faculty at the University of Michigan School of Music in the fall of 2000, after having completed her doctoral work at that institution in 1998. Dr. Helton has recently appeared with the Bach Dancing and Dynamite Society in Madison, Wisconsin and the Michigan Chamber Players as well as with the Brave New Works Ensemble, with whom she performed Joseph Schwantner's Wild Angels of the Open Hills. In December 2005 she premiered Three Spanish Songs by Matthew Tommasini with the University of Michigan Symphony Band, directed by Michael Haithcock. She has also had the pleasure of premiering works by Vítezslava Kaprálová (Sbohem a sátecék, Leden) with fellow U of M faculty Prof. Timothy Cheek, André Myers (Moon Songs), Tom Schnauber (Liebeslieder für Vogel) and Gabriel Gould (Songs from A Child's Garden) in Ann Arbor, Michigan and South Bend, Indiana.  She also appears yearly on concerts with the Ann Arbor Festival of Song, collaborating with pianist Kevin Bylsma. Over the last year Dr. Helton has sung a series of recitals in Alabama, North Carolina, Virginia and Michigan, after which she was described by the Durham Herald Sun as performing with "masterful" artistry and a "clear, bell-like soprano." As interest in their project has grown, Professor Helton and Emery Stephens were invited to appear on “Front Row Center,” public radio station WDET’s weekly cultural events program. In addition to their performances and presentations, they are writing a chapter on their project for the forthcoming volume of The Scholarship of Multicultural Teaching and Learning (Jossey-Bass). They were also invited to make a presentation based on their research at the International Society for the Scholarship of Teaching and Learning (ISSOTL) conference in Washington D.C. in November, 2006. 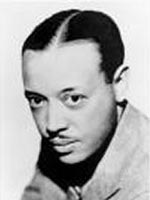