Dave Ragland is a native of Chattanooga, TN and currently resides in Nashville, TN. Dave is a vocalist, arranger, composer, and pianist. Dave was named one of Nashville’s Top 40 Under 40 for his contributions as a composer.  He was a Finalist for the 2013 Valley City State University Composers Competition.

Dave is the founder and Artistic Director of Inversion Vocal Ensemble (inversionsings.com). In November 2014, Cheekwood Museum and Botanical Gardens and the National Museum of African-American Music presented Inversion in concert as the closing act of the Drawing Room Concert Series, to commemorate the work of artist William Edmondson.

In 2015, Inversion has been presented in concert by The Roland Hayes Committee at the Harris Arts Center. In May 2015, Inversion will premiere the concert theatrical, FREDERICK DOUGLASS: The Making of a Prophet. Inversion was chosen for this work by its composer, GRAMMY-award winning songwriter Marcus Hummon.

Dave made his theatre directorial debut in the 2014 season in the Murfreesboro Center for the Arts’ production of “Lady Day at Emerson’s Bar and Grill”. Dave made his operatic debut with Nashville Opera in the 2013-14 season in their production of David Lang’s “The Difficulty of Crossing a Field”. As a pianist, Dave is an apprenticing collaborator at Fisk University. Dave is a frequent music director for the Murfreesboro Center for the Arts. Past engagements include The Kennedy Center Honors, Nashville Symphony, and Chattanooga Symphony & Opera. Dave is a proud member of Phi Mu Alpha Sinfonia. 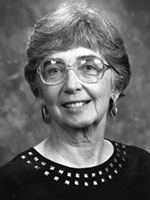 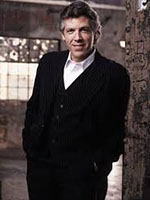